There is a famous scene in Eddie Murphy’s stand up movie RAW where Eddie describes the infamous “House-burger“.

He describes his version of a house burger as: Wonder bread (as a bun)…and meat right in the middle (like a meatball) with grease soaking the bread, making the bread stick to the plate.  As grease is running down your arm, you go outside with your house burger and your friends yell:  “We got McDonalds…Hamburgers…McDonoooooolds!” (love this line!) watch the video – you will see. LOL!

Yes, I know all about the house burger.  Coming from a home with four kids – three boys and me – we didn’t make very many trips to McDonalds…like, ever.  We did occasionally partake in the $0.99 whopper from Burger King, but that was about it. We had the house.burger. ala Wonder Bread.

My own mother had her version of the house  burger.  We lived right around the corner from a Wonder Bread outlet store, so our freezer was constantly stocked with wonder bread, the occasional fruit pie and anything else that was on sale during shopping days.

In case you didn’t know, Wonder Bread is basically white flour, sugar and oil.  Really tasty but not so good for your gut.  I read somewhere that soft white bread actually turns into a glue in your stomach before it is digested, and takes your body twice the time to break it down.  I’m sure I still have remnants of those wonder bread years stuck in  my digestive track.  But that discussion is for another day.

So, as a child, when we wanted a hamburger my mom simply whipped out the wonder bread, (sometimes toasted it for fun), made a greeeezy burger in the skillet – lopped it on a wonder bread bun and we slathered it in ketchup and mayo.  Delicious.

House made as good as the real thing?

I like to think I will be better at making homemade versions of our favorite things as my boys grow  into bigger  boys and become wiser to the things that I trick them with.  (i.e. hiding liquified spinach in eggs and mac & cheese).  But lately, I have been finding myself questioning the price & quality of convenience food.  Perhaps this comes with age, because I have never had this thought before.  My mom (still to this day) thinks its a waste of money to go out to eat… Lord help me.

Just the other day, while making my way through  a salad bar, I was loading up $15 worth of salad goods onto my plate and thought to myself…” I literally have everything on this bar in my fridge right now…this is a $15 lunch…what am I DOING!?” I felt horrible about it. Maybe its just plain guilt as a result of my laziness when I don’t take the time to make a lunch for myself.  Maybe its the principal it all. Who Knows.

Here is what I do know…

Just the other week, I was running errands after work, and decided that I didn’t have time to go home and make dinner so I called in a carry out order for Eggplant Parmesan from a local Italian eatery. (A really good one too!  This place has been there forever but I haven’t eaten there since my HS Homecoming about a zillion years ago.)

I expected this eggplant to be plump, juicy, breaded just right and a deliciously doused with an Italian sauce made from a super secret old-world recipe from Sicily.  To my dismay, it was none of that.

I got home, unwrapped my $22 eggplant parmesan and wondered…where is the rest of it!? The styrofoam box contained three (3) paper thin pieces of eggplant, deep fried to oblivion with no seasoning or taste whatsoever, and about a tablespoon of sauce. Seriously?

opened the salad next and it was literally iceberg lettuce with three chick peas, one cucumber slice and one cherry tomato. The dressing was pretty good, but you can’t really screw up oil, garlic and oregano.

There was a side of pasta – which I don’t usually eat, but I thought I should feed it to my kids.  But nope.  White Ziti noodles with a teeny tiny bit of meat sauce.  My kiddos are being raised vegetarian, so I fed it to my husband. He said Chef Boyardee would have had more flavor.  My kids ate mac and cheese…again.  I looked at this overpriced meal and decided that it probably cost them $3 to boil some noodles and slop on some tasteless sauce.  I will bet the farm that the eggplant comes to their door frozen. Just a hunch.

I was so bummed about this disappointing meal, and still had a huge hankering for Eggplant Parm, so I decided to take the time to make my own recipe the next night and it was 100x better than the $22 eggplant. Plus the salad was A-MAZING. And the whole thing probably cost us $10 to feed the whole family.  Check it out:

If that crappy eggplant is $22..mine should be $87 Eggplant. LOL!  And the Salad was something that I threw together, but my husband often says that I do my best work in the kitchen on the fly.  He thought this one was particularly good – so I figured I should share it:  MY EGGPLANT RECIPE IS HERE – the only difference is I served it on a bed of fresh spinach topped with a balsamic drizzle.

On the grill: Carrots, onions, cooked butternut squash (chopped coarsely)  (Steam Grill- then finish off directly on the grill to get the grill marks)

Toss all together in a bowl – Squeeze a quarter lemon over the whole mixture.

If you want to get really crazy, top with crumbled goat cheese. Delish!

We ate the salad warm (the entire salad…and licked the bowl), but I’m sure it would be awesome chilled too.

So there it is.  My meal was amazing and enjoyed by the entire family.  I think Eddie’s mom was onto something.

Thanks for reading – I hope everyone has a wonderful Memorial Weekend!

Published by Garden of Eating

Garden of Eating is a place where I share recipes that are a healthy version of traditional favorites. Whole foods, scratch cooking, blasted with flavor and flare! View all posts by Garden of Eating

Who is writing Pasta Is Not Salad? 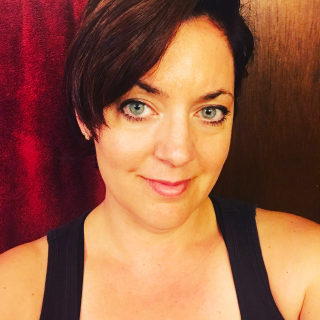 Garden of Eating is a place where I share recipes that are a healthy version of traditional favorites. Whole foods, scratch cooking, blasted with flavor and flare!

Pasta Is Not Salad